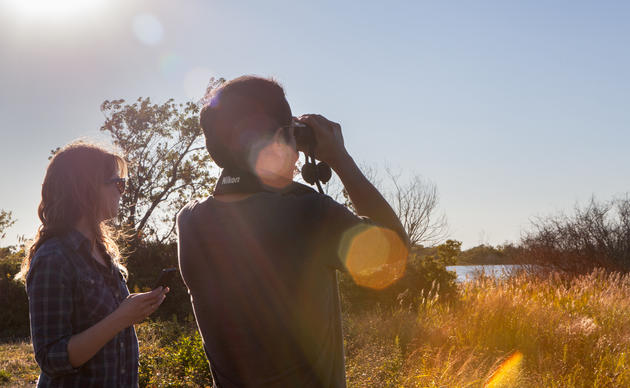 Conservation is not the work of years or seasons, but of decades. It often requires more time dedicated to stopping destructive action than advancing restorative action. To be a conservationist takes unrelenting perseverance and great optimism. The volunteer-led chapters of southwest Washington perfectly illustrate this in their decade-long fight against fossil fuel transportation in Washington. The chapters used the approach of community engagement, education and advocacy to fight back multiple attempts at fossil fuel expansion in Washington.

How did they do it? In true Audubon fashion they joined forces with their partners. Grays Harbor Audubon partnered with the Quinault and Chehalis tribes, the state Audubon office, the greater Audubon network in Washington, and many local organizations like Power Past Coal to stop the various projects over the years. When stopping the proposed coal terminal, they launched public awareness campaigns about how the project would impact the lives of the communities, the sea life, and the birds that call Grays Harbor home. After a year and a half of public presentations, funded by grants from the Rose Foundation and Harder Foundation, public opposition caused the suspension of the coal project.

Other Audubon chapters ran similar campaigns to stop fossil fuel transport at their own ports. Willapa Hills Audubon joined an unprecedented coalition of partners fighting the proposed Millennium Bulk Terminals project, the last of seven Pacific Northwest coal terminals proposed since 2010 which would have transported 44 million metric tons of coal per year through Longview, WA to Asian markets. This month, the proposed Millennium Bulk Terminals project was officially dismissed by the U.S. Supreme Court, signaling the decline of the fossil fuel era in Washington.

To be a conservationist takes great optimism. It often seems like conservationists work so hard and don’t make forward progress, they just to keep the environment from being further harmed. But preservation is just as important as restoration and preventing further harm is one of the best actions we can take to improve our world. In this seemingly constant battle of preventing harm, it’s seldom that we get to celebrate great wins, but this years-long battle is one. The Audubon network, partners, and communities came together to protect Washington’s coasts for birds and people.