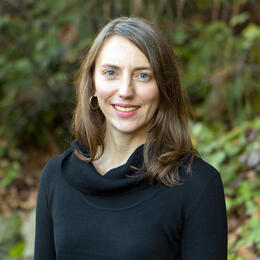 Over a billion Salish Sea mussels, clams and other intertidal sea life were killed by heat this week, estimated University of British Columbia Marine Biologist Chris Harley. Elsewhere around Puget Sound, shellfish farmers and beachgoers reported horrific scenes of shellfish being cooked alive on local beaches, with ground temperatures of 120 degrees Fahrenheit and above making it impossible for these immobile animals to survive.

Meanwhile, at a nearby Caspian Tern colony in South Seattle, juvenile terns leapt to their deaths to avoid the scorching temperatures on their rooftop nesting location.  Birds and the aquatic life they depend on are telling us that we must take rapid action to prevent the worst effects of climate change.

The human impact alone is staggering. With 117 heat-related deaths in Washington, and economic impacts to shellfish farms and other agricultural industries and the workers that support them, it’s clear that the ripple effects of our recent bout of extreme heat will be felt for months and perhaps years to come. Between the extreme heat, drought, and increasing number of wildfires gripping western North America, climate change-related threats are putting enormous pressure on birds and people.

The Salish Sea serves as important wintering and migratory stopover habitat for many marine bird species that stop here to feast on our rich intertidal life. In Salish Sea First Nations culture, the saying goes “when the tide is out, the table is set.” What will happen when the Surf Scoters, Common Goldeneyes, Harlequin Ducks and more return from their summer breeding grounds to find an empty table?

Many of the species that stand to suffer from heat-related losses to their food supplies are already vulnerable and some are experiencing population declines. For example, Surf Scoters, a Puget Sound Partnership Vital Sign Indicator species and State Species of Greatest Conservation Need, have been declining annually by 2% since the year 2000. A 20-year trend analysis of coastal waterbirds in British Columbia showed that species that consume benthic invertebrates – the bivalves, crustaceans, snails and other invertebrates that live in the mud, sand and rocks – are declining rapidly in the Salish Sea, and scientists aren’t sure why.

For those of us who delight in watching the antics of a raft of Surf Scoters diving for prey just beyond the surf, or look for the pop of color of Black Oystercatcher’s bright orange beak as they forage for mussels along the rocky shore, the recent news of the marine shoreline die-off is deeply distressing. My personal experience exploring the tide pools of Puget Sound as a young child helped inspire me to pursue a career in ecology and conservation. It is heartbreaking and discouraging to witness the rapid decline of our natural world. And yet, personal experience and science tells us that if given a chance, nature, including birds, are resilient. Today, it is more urgent than ever for us to take action on climate change, accelerate our work on ecosystem health and protection, and increase our reach in repairing our collective relationship with the land and sea.

At Audubon we’re working tirelessly along all three fronts; building durable public will that is strong enough to motivate bipartisan action on climate change, advancing science-based solutions for bird conservation and protection, and connecting people to birds and their local environment.

How you can help:

Join us. Take our climate pledge- the future of birds and human communities depends upon all of us committing to make a difference.

Help the Washington Department of Fish and Wildlife assess the extent of the damage by walking the shoreline at low tide and recording any dead fish or shellfish that you see using their reporting tool.